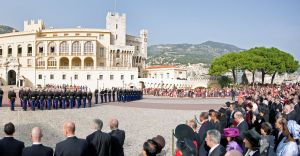 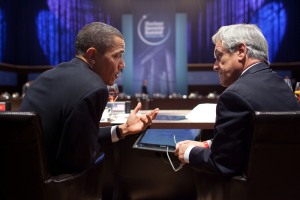 President Obama had the opportunity to engage with Chilean President Sebastian Piñera during the Global Nuclear Security Summit on a range of issues on the bilateral, hemispheric and global agendas.  The President thanked President Piñera for Chile’s recently completed removal of all highly enriched uranium (HEU) from Chile and commended Chilean leadership in promoting nuclear non-proliferation and for working with us to achieve a successful Non-Proliferation Treaty Review Conference next month.

The Presidents agreed to work together to advance respect for shared values, including democratic governance, human rights, economic prosperity, and social inclusion throughout the Americas.  Finally, the President renewed the U.S. offer to support Chile’s ongoing recovery efforts following the February 27 earthquake should the Chilean government request further assistance. 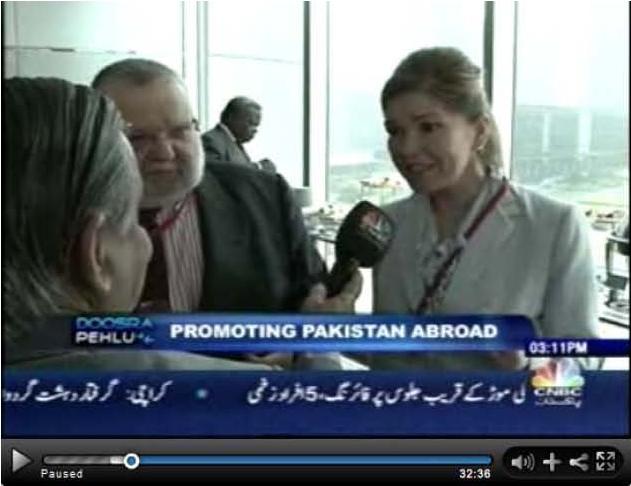 The following list those confirmed dead in the Chile Earthquake is the latest published by the Government of Chile.  Our condolences to the families and friends of those lost.

The government of Chile is now facilitating direct contribution to its impeccably well-managed earthquake relief effort.   Donations may now be made directly to the account of the Chilean Embassy.

The Consulate of Chile in Las Vegas is gathering donations to the fund, to be sent weekly to the Embassy for direct disbursement to the aid described by President Bachelet.  There is no middleman, and no part of your funds goes to anything other than the disaster relief cost itself.

You may donate in honor of someone if you wish, donate anonymously, or be recognized by the Consulate.  As the official representative of Chile in Las Vegas, Consul Biggs Sparkuhl will make certain that all donations will receive the attention and recognition they deserve from the Embassy of Chile in Washington, D.C.

Chilean Consul is first U.S. resident and the only woman to serve on board of directors of 28-year-old global organization of thousands.

18 Nov. 2009, Izmir, Turkey–/ Paulina Biggs Sparkuhl, Honorary Consul of Chile in Las Vegas has been elected to the Board of Directors of the Brussels-based Federation Internationale des Corps et Associations Consulaires (FICAC),  known in English as the World Federation of Consuls.

FICAC is a United Nations-recognized NGO, formed in Copenhagen in 1982.  The Organization  is a global network of Consular Associations created to support and improve the status, legitimacy and effectiveness of all consular officers in all receiving States.  FICAC has over 3000 consul members on every continent, and is often credited with interpreting and promoting global adherence to the Vienna Conventions on Consular Relations.

Consul Biggs Sparkuhl is native of Chile and 25-year resident of Las Vegas.  She was appointed Honorary Consul of Chile by President Lagos in 2002, and is founder and Chairperson of the Consular Chamber of Commerce.  Involved with FICAC since 2005,  she has participated in FICAC board meetings, conferences, and the organization’s signature event, the World Congress of Consuls, in Mexico, Jamaica, Belgium, Thailand, Ghana, Monaco and Cyprus.  The organization just completed its latest World Congress of Consuls in Izmir, Turkey.

Consul Biggs Sparkuhl has served as the North American Membership Chairperson of FICAC since 2008, and has expanded membership to include Seattle, Washington; Denver, Colorado and her home of Las Vegas, Nevada.  In 2007 she was awarded the FICAC Medal of Honor by President Arnold Foote at the World Congress of Consuls in Bangkok Thailand.

“It has been an absolute pleasure participating with FICAC, and later

With President Foote and the Kings of Elmina, Ghana, October, 2008

serving FICAC in North America as Membership Chair.  I am overwhelmed with excitement at the opportunities presented by being a member of the Board of Directors.  It is such an honor to be the first Board member residing in the United States, and the only one who wears a skirt!  Hosting the US Seat in Las Vegas also opens many doors.

“I find myself in extraordinary company of great and distinguished friends, from all over the world, whom I have come to hold so dear.  I thank President Foote and all of the members of the Board of Directors, and the membership of FICAC, for having the faith in my abilities to elevate me to this position and peerage.  I am humbled, and ready to engage!”

Maintaining its consistency in ranking among the top countries in the world for transparency and non-corruption, Chile in 2009 has ranked above all Latin American countries, as well as surpassing both Italy and Spain.

With a stable currency and a transparent government with approval ratings exceeding eighty percent, Chile continues to attract business, visitors and residents alike. 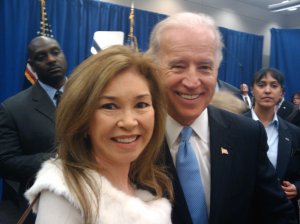 November 15, 2009 –/ Consul Biggs Sparkuhl today met with her long time friend, Congresswoman Dina Titus, and with Vice President Joe Biden, whom she had not spoken with since his campaign for the presidency. 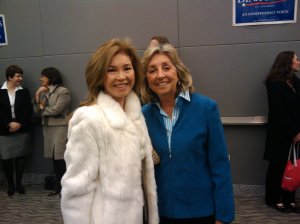 The two also discussed the success of the Chilean economy during the economic downturn, and the attributes enjoyed when visiting chile.