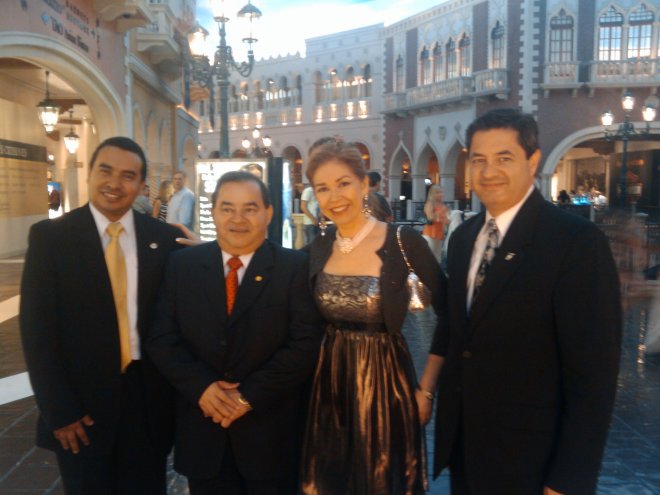 The Consul General and the Vice-minister were introduced to Las Vegas and made aware of the business diplomacy by the Guatemalan Vice-consulate in Las Vegas. 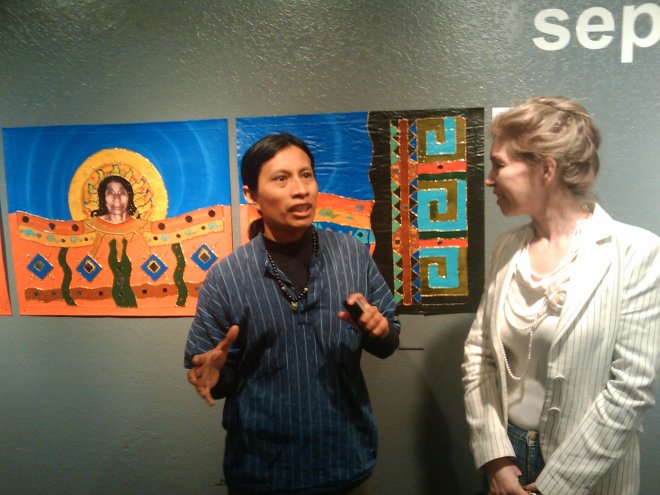 In April 2008, Balam was honored with a Diploma of Recognition as a “Maestro,” a Master of Visual Arts, by the National Constitutional Assembly of Guatemala for “being a valuable and outstanding Guatemalan with international success.”

A resident of Connecticut, Mr. Soto was hosted and introduced by Consul Biggs Sparkuhl’s colleague in the Consular Corps and in the Consular Chamber of Commerce, Dr. Aldo Aguirre, Honorary Vice-Consul of Guatemala.

In light of Balam’s affinity for multi-media art, Consul Biggs Sparkuhl insisted that Balam see the performance art at Parisol Down, a famous lounge at the Wynn Resort with an ongoing technological art show over a lake.  Consul Biggs Sparkuhl hosted President Bachalet of Chile at the same location last year.

Dr. Aguirre remarked, “Spectacular.  Only Paulina would know this secret vantage point for such a fantastic show.”

Mr. Soto stayed through three shows, explaining, “Incredible!  What an introduction to public art in Las Vegas.  It gives me great inspiration.”